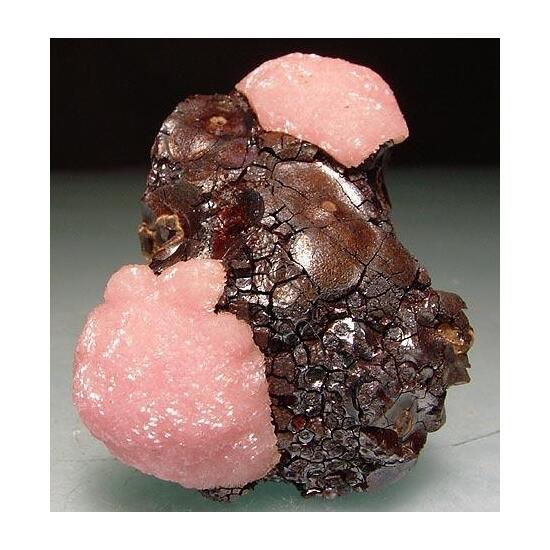 I was browsing on e-rocks and quite by chance came across the blog concerning the rhodochrosite on neotocite specimen. I was most interested to read the background on this specimen, which I am happy to say has now found a new home in my own collection - having bought the specimen online from Geoff Kraznof (Geokrazy Minerals)some months back. As you quite rightly say, "minerals change hands" - and I'm very happy that this one landed in mine!